Last week I wrote about some of my hopes for 2014. I’m afraid this week it’s time to face up to my fears…

‘Google-bashing’ has become the norm of late with almost every major announcement from the tech behemoth greeted with more cynicism than positive endorsement.

I’m a fan of Google – aside from search, the business I operate benefits enormously from the myriad of products and services it provides and for the most part they are ‘free’ – or rather, I exchange my personal and user behaviour data as well as allowing myself to be subjected to ‘targeted’ advertising in return for their use.

This year I even gave up the iPhone and opted for the Nexus 5 – adding this most used and personal of devices – the mobile phone – to the list of products I own by Google.

Therein lies my fear. I now rely so heavily on Google’s services that I really am at its mercy – the infrastructure it provides is integral not just to my business but personal life as well and whilst I look forward to developments in the Home Automation sector, the prospect of logging into Google to control devices in my home and in-turn swapping valuable data about its contents is a thought that makes me shudder.

Once upon a time I naively thought Google was an altruistic organisation that put the needs of the user before profit making. They undoubtedly make brilliantly useful products and are genuinely striving to make a real positive difference to the world but I am starting to worry about the level of influence the corporation has on all aspects of my life and the rest of the planet in its quest for commercial gain.

It’s an all too common sight on virtually any street in London (and probably the world) – humans, head bowed, arm cocked, hand clasped and body slightly limp but still able to walk (just) with eyes and mind glued firmly to a small screen. On a busy street we resemble an army of zombies as we stagger occasionally to avoid obstacles (other humans, lamp posts, dog poo) by using our periphery vision so as to keep our main attention on the handheld device. 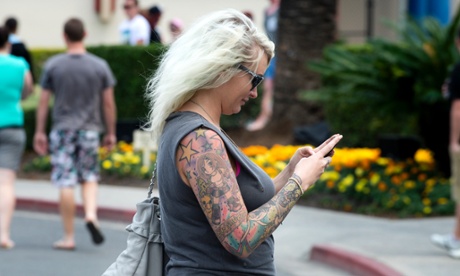 Whilst I find this mildly irritating there are potentially greater problems with the way in which technology is pervading our lives. There’s the well documented debate around children’s computer usage for example and how it can affect them not just socially but mentally and physically as well.

Technology has enabled us to work remotely more easily but has also apparently led to companies becoming fragmented and teams feeling disconnected as face to face interaction is replaced by email ‘conversations’ (though there have been some notable exceptions).

Couples are engaging with their online devices more than each other according to some reports and social media has changed the way we interact with our friends and relatives to such an extent that we no longer have to communicate directly with someone to share in their lives. We can just log onto Facebook instead.

I am of course a huge fan of technology and feel the potential for it to impact our lives positively is still largely untapped. However, with wearable tech from wrist watches to eyewear set to become the norm very soon I fear we’re heading towards a future where face to face interaction becomes a novelty and we all live quite literally in our own little worlds.